History of the Tower Tree

Greensburg, Indiana occupies a unique place among the cities of the world by reason of the trees growing from the courthouse tower.

Early in the 1870’s, citizens of Greensburg noticed what seemed to be a small sprig growing on the northwest corner of the courthouse tower.  Over time it appeared to be gaining in height and began to attract attention of casual observers.

As time passed the sprig continued to grow and those who had watched it grow believed that it would become a wonder of nature.  As years passed it was noticed that five sprouts were growing in different places making a small grove growing 110 feet above the courtyard below.

Town officials became concerned that so many trees might cause permanent damage to the tower so a steeplejack was hired to remove some of the trees.  Of the two that remained, one reached a height of 15 feet with a diameter of 5 inches at its base. The tree weathered storms for many years but finally died.  It was removed and placed in the Decatur County Historical Society Museum.

In the meantime, another tree appeared on the southeast corner of the tower.  While it was maturing another tree sprouted on the southwest corner and both trees have matured and maintained the fame of the trees in the courthouse tower for over a century.

During the spring and summer months when trees are coming into full leaf, these two trees also put forth their foliage, presenting one of nature’s true wonders and making it worthwhile for visitors to drive out of their way to see.

No definitive explanation exists as to how the seeds germinated in the tower.  The Smithsonian Institute in Washington, D.C. has determined the trees were of the large tooth aspen variety.

To this day, tourists from virtually every state continue to stop by to see the trees. 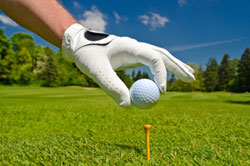